I haven’t done a book review in soo long,I’m not sure I remember how to write one.

So, I absolutely loved the first instalment in this series which was Passenger. Much of what I loved about Passenger was lacking in this novel. With Passenger I really felt like a traveller, it gave me the thrill of exploring new places and gave me ideas of what I’d like to see for myself in real life.

Wayfarer was SO focused on the Astrolobe and the plotline that it forgot to put the fun back in travelling. The essence of another time, another place wasn’t really captured because the characters were so busy jumping from one place to another. I really felt if the book had been broken into three parts rather than two, we would’ve got that slow build up.

I liked how the book challenged the philosophical aspects of travelling and asked questions about changing the course of history etc. The character build up was incredible, I mean everyone was discovering mysterious parts of themselves and grappling with their emotions.

For much of the novel, I felt there was a mellow sort of tone to it all. It was lacking that thrill. Although I did enjoy the quips and wit of some of the side characters.

In terms of the resolution, I think I’m okay with it.

Now the endgame has begun. Dreams and nightmares are converging. Love and loss are inseparable. And the quest refuses to be pinned to a path.

I have a lot of mixed feelings about this novel. In a way there was a sense of finality and completion to the whole thing and I felt satisfied finishing it but there were a lot of things that displeased me.

The book seemed to deviate from its purpose I feel like, I mean I have to be vague here because spoilers but this whole new agenda or problem was introduced and it’s like the last three novels almost didn’t happen.

There was a certain depth lacking to the book I feel like, while some parts were written so beautifully and you got caught up in the euphoria, a majority of the novels I feel like wasted words on describing things and events that really didn’t require so much detailing in my opinion. I’ve always liked Stifvater’s writing because of the adrenaline and thrill that comes with it and that was lacking here.

Character development didn’t seem to be the central focus of this novel either, I mean we saw the right characters getting with the right characters but that’s it. The book was highly focused on plot and telling a story. There were a lot more supernatural elements almost brimming on the edge of being a horror story.

In a lot of ways that’s all this book was, a fairy tale story with an end that everyone wanted 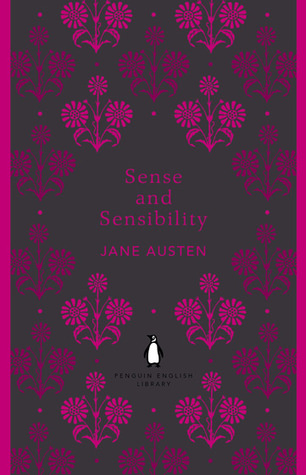 Jane Austen’s novel tells the story of Marianne Dashwood, who wears her heart on her sleeve, and when she falls in love with the dashing but unsuitable John Willoughby she ignores her sister Elinor’s warning that her impulsive behaviour leaves her open to gossip and innuendo. Meanwhile Elinor, always sensitive to social convention, is struggling to conceal her own romantic disappointment, even from those closest to her. Through their parallel experience of love – and its threatened loss – the sisters learn that sense must mix with sensibility if they are to find personal happiness in a society where status and money govern the rules of love

This book, although not THE most wonderful book I’ve ever read, was interesting.

Austen places such great emphasis on her characters and in this book more than others. You will meet characters with different consciences and pasts and whom all have varying responses to the same situation. The beauty of Austen’s work I believe, lies in creating characters and situations that are still relevant to the present day.

In this novel, there was the highly important theme of secrecy. Basically, every main or sub character has some factor of concealment in their story line and it doesn’t end well obviously. There is also the social concept of marrying for money, which is still somewhat relevant. Leading people on, unrequited love and fake friendships are some other concepts explored in the novel.

Personally, I really admire how relevant the characters and themes are, the writing has a natural smooth flow to it and as always Austen has created memorable characters. However, I believe the novel dragged on which is a major turn off for me and there wasn’t as much consistency in the story as I would’ve liked.