Good morrow to you!

So if you’ve been living under a rock I am delighted to tell you that Season 5 of Game of Thrones aka my favourite show premiered this Sunday. I’ve seen a dozen reactions and breakdowns so I decided to be un-creative and join the bandwagon. Here’s my take on Ep.One

The show opens with a flashback scene of young Cersei boom we’re already off to a good start.

I believe this episode did a good job of setting the scene and introducing the main plot points for the rest of the season.

We meet the Sons of the Harpy and watch Daenerys starting to get conflicted about the whole fighting pits situation.

and Daario! that escalated quickly… 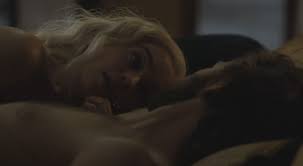 The Sparrows were introduced well. Like who they are and what their values are. Also, I loved the subtle introduction to Dorne’s geography, GoT writers are sneaky in telling non book readers where this season is heading.

I don’t have much to say about Sansa and Littlefinger and the events occurring at the Vale except for the fact that we can already see Sansa being cynical and it’s only episode one. That girl’s got hell of a transformation coming

Oh and during the Tyrion and Varys scenes I wasn’t the only one lip syncing their dialogues was I?

Spanning across to the Wall. The steps lading up to the Wildling war are already in motion. We see Jon being all responsible and at the end of the episode taking charge in putting Mance out of his misery.  Can someone please explain why Melisande asked Jon if he was a virgin.I have a feeling this is some Red Magic going on here.

We can establish that the season is going way faster than the books but every minute of that first episode was worth it. I would argue it didn’t have me at the edge of my seat but it was more easing into the action that is to come and I’m sure there’ll be plenty of future episode where I’ll just fall off my seat completely.

I’m going to try do a reaction for every episode, only if you want me to of course because here at Infnity Reads we aim to entertain.

if you’ve watched the episode what’s your take?