So my friend spoiled the episode for me since I had no time to watch it before today…….

But yeah let’s be all original and talk about the most talked about events of the episode!

It came a bit out of nowhere and I’m sure many people including myself were like WTF WHY.

But if I think about it, we know how crazy Stannis is about Melisande. Add that to the fact that he’s in a desperate situation after Ramsay’s ambush which left him with no food. Plus the show producers probably wanted to kill her character off since her story line wasn’t leading anywhere anyway. I guess it’s justified if you think of it that way but it’s still a bit extreme.

And Game of Thrones is all about being extreme!

Okay so let’s address the elephant in the room or rather..the Dragon in the room (see what I did there? no? okay)

I was literally screaming at my screen when Ser Jorah was fighting them Mereeneese people. I just don’t want him to die okay?

This meme perfectly sums me up during that time…

Those were intense times. And then there’s an ambush from the Sons of the Harpy!

Doing an ambush was way more dramatic and interesting. Remember how in the books they used poisoned Locusts?. Nah.

And then when all hope is lost and I know he’ll save Daenerys but I’m still sitting there holding my breath and in comes Drogon!

And then of course my favourite moment happened. The one I’ve been waiting for all season long. DAENERYS FLEW ON TOP OF DROGON

And I was just sitting here feeling all elated like

Apart from all that exciting stuff I like how the Arya and Meryn Trant storyline is developing along and Dorne was pretty interesting as well in this episode except I zoned out oops.

That was my very reactive reaction for this week’s episode. I know I’m late to the game again but EXAMS.

What did you think? 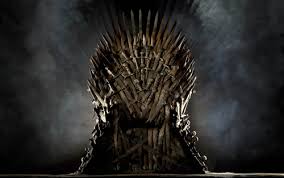 My fellow Brethren,  I have not raved about my beloved Westerosi’s and Khaleesi’s since last year.

I’ll stop speaking like an 80 year old and get to the point.

So this week George.R.R.Martin’s Proposal letter to HarperCollins about A Song of Ice and Fire hit the internet and I have spent hours staring at this webpage tweaking out details about what will happen in Winds of Winter.  I must say some of these theories have been at the back of my mind for a while and some actually, most are just gibberish which will probably never happen

But hey, you never know with GRRM

At the end of Dance with Dragons Dany encounters Khal Jhaqo who betrayed her after Drogo’s death. Now in the proposal GRRM mentions that “the Dothraki Invasion will be the central story line of my second volume”. Obviously it hasn’t happened yet but here’s how it might go down:

Dany convinces Khal Jhaqo to join forces with her and since Dany has Dragons and Dragons mean power and the potential that Khal Jhaqo might be barbecued he decides to join her in the quest to conquer Westeros.

But why would she need the Dothraki when she already has the Unsullied?

Well, the original plan was to lead the Dothraki army across the Sea and they are well known to be very good fighters so with the might of the Unsullied and the Dothraki Dany might just be able to regain control. The more the merrier I guess.

How will Dany convince the Dothraki to cross the Sea though?

I had an insane idea that she might be able to put them all on Dragon-back and FLY! but that sounds a bit far fetched and robust so…do you have any ideas?

Okay from the beginning I have been skeptical about the whole Rhaeger Targaryen and Lyanna Stark secret love affair results in Jon Snow. I mean there are no solid facts, no quotes from GRRM, sure there might be one line in a million but really? I’m not buying it and the article has a rather solid statement that might be on my side.

So apparently Jon and Arya were originally meant to be in love. To be honest I’m not surprised cuz if Cersei and Jaime can happen anything can happen.

Their passion will continue to torment Jon and Arya throughout the trilogy, until the secret of Jon’s true parentage is revealed in the last book

So I’m guessing Arya Stark and Jon Snow didn’t exactly feel comfortable with each other knowing they had the same father but when Jon’s true parentage is revealed all changes.

This could either mean that Jon is not a stark AT ALL so Lyanna isn’t the mother. Or it could mean that Jon and Arya simply have a different father and Lyanna is still the mother which would make them cousins, is that better though? 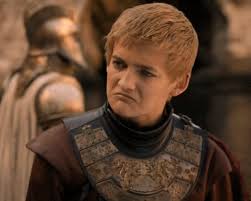 I think Jon’s parents are going to be someone we didn’t expect at all, you know that one spot you overlook and that happens to be THE spot. I think R+L=J has become too predictable at this point. Which, as we all know is very unlike GRRM.

GRRM mentioned that Dany, Tyrion, Jon, Bran and Arya are the central characters, although Snasa might reserve a spot but that’s a story for another day. The main characters will all join forces to defeat the White Walkers. Now, how are they gonna do that?

First of all, I believe they will all travel North since the White Walkers will probably melt in King’s Landing and that would make for a boring battle. But seriously, I feel like the North is where it all began so it only makes sense if our Heroes travel to the Wall perhaps.

We have many sharp talented minds. Bran’s Sight will provide Foreshadowing as to the Grand Battle, Arya’s clever face-changing abilities might be used to spy, Tyrion’s wit will create the master plan for how to take down the White Walkers, Jon’s command will lead the army and Dany’s Dragons will burn the Beasts down.

That is how I imagine the White Walkers will face their demise.

A Dragon Has Three Heads.

If Dany is one

We can all establish that Jon is solidly a Targaryen so he might be the second Dragon-Rider.

Who will ride the third Dragon?

That was my petty attempt at Game of Thrones theorizing. there are many epic theories out there that make much more sense but I just felt like I needed to add my voice. Feel to criticise and rule me wrong. I won’t mind, seriously.