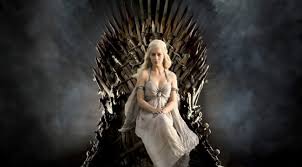 I guess we’re all still recovering from the epic finale which I recapped here but I don’t know about you but my brain is already running on overdrive about what is going to happen next season. With only 13 episodes left until the show wraps up for good I believe season 7 will be one hell of an action packed adventure.

As was so obviously revealed in the season finale, Jon is the son of Lyanna Stark and let’s be honest, the father must be Rhaegar Targaryen. This means that Jon is a Tagaryen and thus has a rightful claim to the Iron Throne!

I’ve seen a few theories floating around the internet that Jon’s name isn’t Jon but rather he has a Targaryen name. Hmm could it be Aegon? Aerys? who knows.

So far no one has managed to stay on the Iron Throne long without getting killed so we can only assume Cersei is destined for doom especially because of all the hatred surrounding her. As for Cersei’s death, I have two predictions:

Dany and Cersei have a showdown where Dany either kills Cersei herself or one of the Dragons does.

Or Arya makes her way to King’s Landing, since Cersei is on her list of people to kill and Arya kill Cersei which would be a pretty sweet revenge for the Stark’s!

Nonetheless, Cersei is cornered, the Ships are coming with Dany and the dragons, considering Varys went to see the women in Dorne along with house Tyrell, I believe Dany and Dorne and house Tyrell will ally to take Cersei down and everyone in Winterfell hates Cersei too.

We are in for one epic battle!

Bran and the Wildlings

I’m guessing Bran is making his way back to Winterfell because I can’t see him going back anywhere else.

As for the Wildlings I think they will be left to dealt with for season 8 because I can see an epic Wildling battle happening which will just be too hectic and we need Dany’s dragons to burn the shit out of the Widlings and ahh!