Let’s get one thing straight. Me and Children equals no no. I’m a teenager who for the time being would like to be free of responsibility for a very long time. But this seems like a creative way for me to display my favourite character names so here we go

Daenerys from A Song of Ice & Fire aka Game of Thrones:  In the hopes that my child will be fierce as a dragon and cuz it’s a pretty girl name, unique too!

Cress (short for Crescent) from The Lunar Chronicles: A unique and cool name

Annabeth from Percy Jackson: One of my best friends has a similar name so it would kind of be in honour of her

Elizabeth from Pride & Prejudice: I just put it in here because I love the book and because it’s quite an elegant name

Elias from An Ember In The Ashes: It’s a very exotic name I believe

Etienne from Anna and the French Kiss: I love French and Etienne is a pretty charming French name

Atticus from To Kill A Mockingbird: I would actually name my kid after Atticus simply because I admire him so much

Theodore from All The Bright Places: It’s such a nice name and plus I loved the character so much!

What book characters would you name your children after? 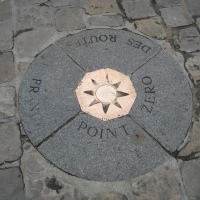