It is that time of the year again folks.

With Season 7 bound to start on July 16, Game of Thrones’ producers have started dropping hints like no tomorrow.

But of course they always leave us viewers hanging

There is Cersei at King’s Landing. The fact that she’s all alone in the throne room says exactly that. She’s alone, she’s lost her last child and she is completely in control of the Iron Throne. This leaves her very lethal and should be interesting to say the least 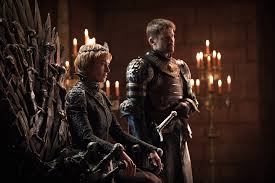 We have Daenerys at Dragonstone preparing to hopefully invade King’s Landing. We don’t see much of Dany in the promo but we know what direction she’s heading

Then there is Jon at Winterfell.

While these players are going to be end game, I feel like their fate is going to be defined by what the other characters do.

Such as Tyrion as Hand of the Queen, how will he influence Dany’s decisions?

What role is Jaime going to play in Cersei’s fate?

There are so many questions that I’m buzzing with and the show is pretty much very unpredictable at this point.

What are some of your theories?