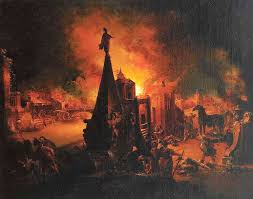 Pieces is a new addition here on Infinity Reads where I share some fictional pieces of writing I have written. Happy Blogmas Day Six!

Trojan’s War was a spur of the moment writing adventure. The original story is five pages so I’ve decided to add only a little snippet

Spat a toned man as she bumped into him.

Probably another blood thirsty bastard from the fighting pits

She could take him down. A jerk in the knee, a twist of the shoulder and a revolver to his head would bring the coward out in him.

But no. Trojan wasn’t here to attract attention, pulling her hood even lower she continued into an alley where it was hard to find ground amongst the sewage water. Trying to ignore the smell of shit she entered the first house on her right.

What was supposed to be a hospital had become the equivalent of an overflowing refugee camp. The sick lay on either side of her as she walked down the aisle trying not to step on a bleeding arm here or a disfigured face there. The only nurse in sight fed someone from a cup, she eyed Trojan suspiciously but by now she must’ve been used to the unexpected turnout of people so one more didn’t exactly matter.

But that wasn’t even the worst of it.

It was the wailing that drove Trojan mad.

Children wailing from hunger, men and women wailing to the Gods above for mercy, the old ones wailing for death to take them. So much sorrow and she couldn’t do a thing to help.

Because she was here to pick up a bomb.

“Within the storage room at the back, you will find a box of syringes, in there should be another box, wooden, you’ll know when you see it, and it’s very small but highly lethal”

Lord had given her those instructions while briefing her mission but as always, he’d forgotten to be specific enough.

It was a hospital which meant the storage room was full of syringes and with the welcome she’d received upon entering who knew however many sorts of diseases these things were carrying!

Using the folds of her robe as cover Trojan gingerly pursued from one shelf to another.

No. Wool gauges no. Ew was that blood. No. Oh wait yes

A dusty, transparent box full of syringes opened and unopened now rested in Trojan’s hands.  Instead of digging her hands into the horrifying stack she emptied it on the floor hoping the noise wouldn’t bring any attention.

It stood out like a thorn between roses, smaller than her palm and wooden as Lord had said, it was ugly.

But Trojan liked ugly, ugly meant anger and she had plenty of that

“Twist the knob on the bottom, give it ten seconds and boom”

Lord had gestured so wildly with his hands and the glint in his eyes had made even Trojan uncomfortable.

“You know what that means right”

Lord had said, trying to look sympathetic but failing, no, he knew how this was going to go down all along. 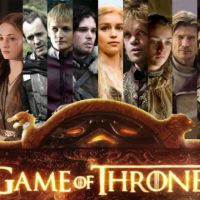