I meant to post this like last week but got carried away with this Read-a-Thon that is going on but here it is!

READ AHEAD AT YOUR OWN RISK.

And Robb and Catelyn and Tywin Lannister and probably 1/3 of Kings Landing for all I know!

George R R Martin, this is so cruel! Although I did enjoy Joffrey and Tywin dying, the Red Wedding is the stuff of my nightmares!

Anyways, moving on, let us discuss some of my favourite characters/relationships

First of all. Jaime and Brienne!  Jaime’s character development was by far my favourite! It was so interesting to see things from his point of view and find out what really happened when he killed the Mad King. How he hated Brienne at the start but came to be good friends with her towards the end was oh so amazing! Also, let’s just say Cersei was a bitch to him and good on him for standing up to Tywin Lannister and also trying to protect his brother. However, it wasn’t very nice of him to hide the thing about Tysha from Tyrion for so long.

I particularly loved all of Jon’s POV’s in this book, he is Lord Commander now and it would be interesting to see how it continues in the next book. Ygritte (I pronounced her name incorrectly the ENTIRE book) was certainly a major character in the sense that she made Jon develop, and I was so heartbroken when she died (sob).

Arya and The Hound

It was pretty cool to see a different side to the hound, he isn’t as cruel as some believe him to be and his compassionate side was exposed a little in this book. Arya on the other hand, there was a dark side to her in this book, the ease with which she killed scared me. It’s going to be interesting to see what happens to her since she is sailing to Braavos now.

1 thought on “A Storm Of Swords- SPOILER REVIEW” 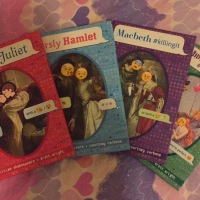