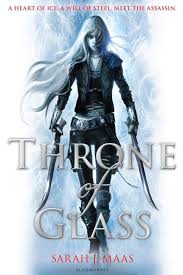 In the dark, filthy salt mines of Endovier, an eighteen year old girl is serving a life sentence. She is a trained assassin, the best of her kind, but she made a fatal mistake. She got caught. Young Captain Westfall offers her a deal: her freedom in return for one huge sacrifice, Caelena must represent the prince in a to-the-death tournament- fighting the most gifted thieves and assassins in the land. She is about to discover her true destiny. But will her assassin’s heart be melted?

Ok so I’ve been avoiding writing this review because to be honest, this book was shit. The character development was poor, the plot was predictable and boring and the main character in fact ALL the characters (except maybe 2) from the book annoyed me.

Caelena was a poorly represented assassin; she seemed nothing like an assassin rather just another bratty princess. She was arrogant, unrealistic and got on my nerves most if not all the time. What makes it so unbelievable is everyone seems to fall in love with her the moment they see her, I mean aren’t people meant to be wary and not have much trust in assassins at first glance?

The prince is another important character throughout the book. Reading his POV I felt like I was in the mind of a petty, arrogant 15 year old instead of a 19 year old. Again, poor decision making and character development. The romance between Caelena and him was cliché and seems like it was based mostly on appearance.

On a positive note, Captain Westfall was a rather good character. I liked him all the way through the book since he seemed so realistic and his decisions and reasoning did not get on my nerves. I would have loved to see more from his POV.

The world building in Throne of Glass was interesting however only minimal information was provided in order to support the events in the books, (if that makes sense). For example, there are references to Caelena’s past but not enough detail as it doesn’t correlate to the plotline of this particular book.

The book continued at a steady pace however, this seems like one of those action packed books and there just wasn’t enough of the adrenaline.  I did like the second plotline which involves a bit of mystery and if that had been the main plotline the book would have been a 5/5, instead the author decided to focus on romance and court life.

Rant over! On a parting note I’m contemplating whether to read the sequel but I’ll get around to it.

5 thoughts on “Throne of Glass- Review” 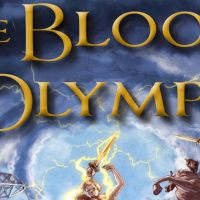